After a year of epic growth for Qredo and the broader crypto market, the team are setting their sights on new horizons. Read on to discover what Anthony Foy (CEO), Josh Goodbody (COO), and Ben Whitby (Regulatory Affairs) foresee happening to the crypto market in 2022. 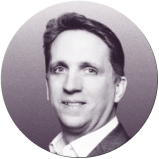 More value will become locked in middleware than in individual DeFi apps...

DeFi summer of 2020 showed the enormous potential of smart contracts to provide financial infrastructure. But it also demonstrated that individual DeFi protocols can be difficult to defend from forks  (or vampire  attacks) and hacks.

Then in 2021, we saw alternative Layer 1 chains — such as Avalanche, Solana, and Luna — become the biggest beneficiaries of DeFi growth, with activity increasingly split between them.

Moving into 2022, this multichain universe sets the stage for the rise of another type of infrastructure — middleware — that has the potential to become the first port of call for anyone accessing DeFi.

Middleware platforms can interact with different chains to scope out liquidity sources — whether from centralized exchanges, DEXs, or even off-chain — allowing traders to compare rates from a single interface and easily access fragmented liquidity across different exchange platforms and DeFi protocols.

This middleware, in the form of DeFi aggregators and all-in-one custody and settlement platforms such as Qredo, is set to hit the bigtime in 2022 as it becomes the preferred portal for both individuals and institutions to access digital assets.

And, with the right tokenomics in place, it will start accruing more value than individual DeFi protocols.

A crypto company will buy a bank and rise to the top by packaging DeFi yields for the masses...

This crossover of crypto and TradFi is likely to drive more similar dealmaking in 2022 as TradFi firms continue to pick up crypto companies. But we are also increasingly likely to see moves in the opposite direction.

As the recent acquisition of fully licensed German bank Sutor by crypto payments services provider BCB shows, buying banks and traditional brokers can give crypto companies a way to join the traditional financial services sphere — allowing them to jump straight over the regulatory moat by obtaining licenses to operate as a bank.

Then, they are better-placed to out-compete TradFi in their own backyard by plugging the banking stack into DeFi for more efficiency and higher yields. 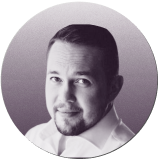 The amount of crypto stored on exchanges will drop...

The days of centralized exchanges being some of the biggest crypto holders appear to be changing. This might be expected in a bull run as investors move funds to alternative storage solution. But the trend is also being driven by fundamental changes that will come to the fore in 2022:

At the same time, the rise of sophisticated forms of decentralized trading and custody —  such as Qredo's Liquidity Hub and non-custodial wallets — will further reduce the need to shoulder the credit risk of holding assets on exchanges.

So-called lower-tier economies will continue to accelerate in their adoption of crypto, overtaking more developed economies that are issuing CBDCs...

The world is watching El Salvador.

It has become the first country to experiment with using bitcoin, volcano bonds, Lightning (and Qredo!) to find an alternative place in the global economy.

If successful, El Salvador will be the first domino to fall. Neighboring countries — from Paraguay to Panama — are already starting to regulate and work on bills making it easier to use crypto. Whether they are adopting Bitcoin, or stablecoins as seen in Argentina and further afield with the parallel government in Myanmar.

As they have more to gain by adopting a new financial system, these smaller nations are moving much faster than larger countries such as China which are outlawing crypto in favor of central bank digital currencies (CDBCs). This suggests that they will be the first to realize greater levels of digital asset adoption, and in the form of decentralized cryptoassets rather than CBDCs. 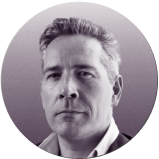 We will see the world's first billion dollar hack...

The largest hack so far was the $600M Poly Network hack of August ‘21.

As DeFi activity continues to increase, which is reflected in the increasing (TVL) across different DeFi protocols, we can expect to see a hack of a billion dollars.

As well as spooking many investors, such a hack will lead to increased regulatory scrutiny of DeFi for two reasons: firstly, it will trigger concerns over systemic risk; and secondly, regulators won’t be able to look through to understand who has actually lost money.

Crypto will consolidate its place in policy discussions as we get closer to a complete regulatory overhaul à la Dodd-Frank...

The mindset around crypto at a policy and regulation level will start to solidify in 2022 as crypto becomes more of a recognized asset class. As a result, we will see important discussions around how cryptoassets can be integrated into existing structures. For example:

However, the regulatory alphabet soup for crypto will remain; it’s still too early for the kind of regulatory blank-paging that some are calling for — e.g. Chris Giancarlo (former CFTC Chair) who suggested a new bureau which would be a joint entity between the SEC and CFTC — combining the SEC’s investor protection role, and the CFTC’s mandate for orderly markets free of fraud and manipulation.

But, cryptoassets have now earned their place at the discussion table and ultimately we will get a crypto equivalent of the Dodd-Frank Act (2010) which was a complete rewrite of various securities laws and frameworks for the OTC markets.

Growth in Layer 2 trading activity and volumes will accelerate...

Scalability issues have been exacerbated recently by the NFT craze as artists use Ethereum to mint their digital art assets. Also adding to the need for greater scalability is blockchain gaming – a rapidly growing phenomenon which cannot perform with current Layer 1 transaction times.

12 months ago, there was only really one Layer 2 of any standing: Polygon (MATIC). Then 2021 saw broader growth in Layer 2 activity, with Arbitrum and Boba accelerating alongside Polygon.

This kind of impressive growth will only continue and accelerate further in 2022.

Despite the fact that the Travel Rule will only become binding when it is adopted by national regulators, we will see a growing number of digital asset service providers implementing its draft requirements, as outlined by the Financial Action Task Force (FATF).

The Travel Rule is intended to help cryptocurrency businesses (Virtual Asset Service Providers or VASPs) mitigate counterparty risk and establish a source of funds for cryptocurrency received by their users.

Crypto firms will implement the requirements so that they are able to serve early-adopter jurisdictions (e.g. Switzerland), and be favorably positioned with banks that seek the reassurance of a higher standard of crypto transaction reporting. In addition, once adopted by a jurisdiction, it’s expected that service providers won’t have long to implement the new rules.

The exact timing and scope of the Travel Rule will be determined as it is adopted at a national level, and while some jurisdictions have implemented the rule differently, the version recommended by FATF says that VASPs must exchange counterparty information with one another on cryptocurrency transactions valued above $1,000 or €1,000.

In 2022 we can expect clarification on the regulations around stablecoins. This will enable existing financial institutions to issue blockchain-based fiat, leading to a multitude of new offerings coming to market.

Initially, banks will issue these stablecoins on a one-to-one basis. However, rather than tying up capital in this way, they will start to explore how they can issue stablecoins via the fractional reserve banking rules permitted to licensed institutions. This will require a future evolution of the regulations around stablecoin backing.

This new generation of stablecoins will give institutions and other investors an easier bridge between crypto risk-on and risk-off positions. It will also allow them to keep a foot in the crypto market, without needing to move assets back onto the correspondent banking system / SWIFT network.

This proliferation of new stablecoins will lead to a wider range of trading pairs which will, in turn, fragment trading liquidity. In the future, this will be solved by the mainstream minting and adoption of a smaller number of recognized and trusted tokenized fiat assets.

To get a front row seat as these and other trends unfold over the next year, follow Qredo on LinkedIn and Twitter.