Why the Metaverse Needs Interoperable Infrastructure

In the first update from the newly formed Qredo Labs, co-founder Brian Spector reflects on the latest groundbreaking blockchain research and drops some big hints about the development of Qredo V2.

It’s been hard to browse recently without coming across a new definition of the metaverse.

My favorite, however, is the metaverse as the “world's digital twin”.

Personally, my first experience of such virtual living was Second Life, an online game launched back in 2003.

That has since evolved into rich online arenas such as Decentraland, where big brands such as Sotheby’s are setting up shop alongside cyberpunk marketplaces, and even Paris Hilton graces us with her presence.

All this is made possible by blockchain, which ports the critical characteristic of physical scarcity to the digital realm, allowing users to create, transact, and take ownership in a virtual world.

The geography of the metaverse

One thing that's clear about the metaverse is that it will be orchestrated by multiple communities building on their own tech stacks — from Zuckerberg's servers to Ethereum.

This reflects the same trajectory of the crypto ecosystem, which has seen a proliferation of different blockchains; each tailored for a specific purpose, and each making different trade-offs between decentralization and efficiency.

Each chain can be thought of as a single planetary nation: The blockchain forms one central registry of everything that occurs on that planet, which has its own culture, community, and vocabulary, and is underpinned by a unique technical architecture.

Together, these different blockchains create the multichain universe, and give us the best future chance of providing the scalability needed for mainstream adoption.

However at the moment, lack of interoperability between these blockchain planets means each one remains largely isolated from the rest of the universe.

In DeFi, this isolation prevents users from trading peer-to-peer trustlessly and creating fully decentralized financial systems. And in the metaverse, it could have even bigger implications.

This could mean that you can't move items such as skins between games or social platforms on different chains,  and that your avatar's activities would be restricted to a single world — defeating the point of the metaverse as a collection of interconnected virtual communities.

In future, we might see digital diplomats and blockchain ambassadors bridging these divides, but they will still need to be supported by critical technical infrastructure:

Each mini blockchain economy of the metaverse will need a level of technical interoperability, allowing users to transfer tokenized property — such as currencies, skins or any other form of digital asset — from one place to another.

Otherwise, as Brian Spector, Qredo co-founder and head of Qredo Labs, points out, we will see the potential of the metaverse limited by siloed infrastructure that prevents the seamless cross chain movement of virtual property: 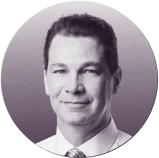 “Without a solution to address fragmentation, the ultimate growth and potential of crypto markets will be capped by the size of the silos needed to manage and protect them"

The future is crosschain

The infrastructure to meld the disparate parts of the metaverse together is the same middleware that is needed to connect all aspects of the blockchain-based future of finance — from bridging distinct blockchains, to providing central bank digital currencies (CBDCs) with access to DeFi.

Done right, this infrastructure will make the metaverse not just an online environment, but a movement that will see people start to hold more of their wealth in the digital world than the physical world.

Until then, at Qredo we will be watching the evolution of the metaverse closely to ensure our infrastructure can provide the custody and settlement functionality needed to underpin this virtual future.

Please keep your eyes peeled on Twitter for more updates, and join our growing community on Telegram.

See you in the metaverse!