What is Custody and Who are Custodians?

The word custody is an old-fashioned one, belonging to a fusty old world of legal and financial traditions. But what does it actually mean?

Custodians—who hold responsibility for assets in custody—have existed for millennia, since the first money lenders in the temples of early civilisations took deposits of gold minas and shekels from passing merchants.

These ancient guardians relied entirely on their reputation to acquire business. Custodians that were familiar with local economic conditions and unswayed by the temptation of bribes or collusion won credibility within the community, and were trusted as a safe pair of hands for storing funds.

Trust, above money, was the real currency of custodianship, and word and reputation mattered more than nearly everything else.

Maintaining this reputation remained critical for custodians through the centuries, as generation after generation turned to the same firms because they expected them to act honestly and honour their obligations.

But as technology developed, trust began to lose its importance.

The digitization of finance created a distance between customers and custodians. Instead of relying on personal discretion to make decisions on key financial matters, custodians tapped into complex digital models. And instead of maintaining a face-to-face relationship with customers, custodians simply gave them credentials to access their accounts from anywhere in the world.

The human element of trust was gradually removed from the custodial equation, and in its place, regulations were devised that theoretically held all institutions to the same high standards.

This meant individuals didn't necessarily need to maintain a relationship with any single custodian, but could choose from a range of institutions that should all be equally reputable.

Custody had changed from a personal engagement to an impersonal interaction with a highly regulated system. This enabled a new level of financial complexity to emerge that made the mysterious world of banking even more divorced from everyday reality.

Custodians taking on customer funds now agreed not only the right to hold funds on the customer's behalf, but also the right to use those assets—to loan them out for their own purposes.

Known as rehypothecation, this allowed custodians to multiply profits, enabling practices like empty voting; where shares held under custody are used by the custodian to vote on shareholder matters, and the creation and sale of products based on customer collateral, like mortgage-backed securities.

But while much of this activity was regulated, it came at the cost of stability, turning the entire financial system into an opaque house of cards held together with a confused spaghetti of debt.

The same trust that was once thought essential to custody, had become an afterthought—deprioritized in favor of generating short-term profit.

When the curtain was swept back in 2008 and the financial misbehavior was revealed, it was already too late, and citizen's confidence in the financial system was hitting all-time lows.

In the fiery aftermath of the crisis, an alternative financial system was forged: Bitcoin.

Nakamoto's 2008 whitepaper put forward a 'trustless' system based on the blockchain, enabling peer-to-peer transactions with no need for banks—an idea that was presumably close to his heart, judging from the ominous message inscribed on the first block: "The Times 03/Jan/2009 Chancellor on brink of second bailout for banks". 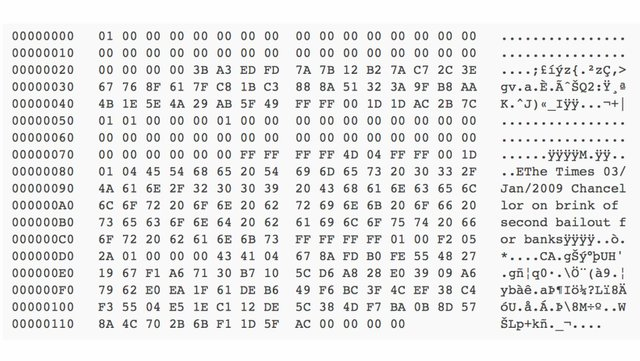 With the Bitcoin white paper, the seeds of a new financial system were sown, making way for innovation on blockchain and cryptographic assets, and new cryptographic tools to protect those assets.

Instead of reverting to old storage methods of physical lock and key, or rehashed versions of those old ideas, Qredo introduces a new paradigm: decentralized custody for decentralized assets.